There are often times many topics, occurrences, and instances in the media that I might feel compelled to write about and never do. Every so often however, I will come across something so atrocious, so deplorable, so disgusting…that I have to pen my thoughts on it for sake of not exploding into a rage of anger. Be it a form of therapy if it will. I have stated before that as a Radio Television & Film major I was taught (although I have always done this) to pay very close attention to media, more specifically the themes, ideas, suggestions, and messages put forth by it, in order to understand the media’s role in “culture creation” and the social engineering of the populations of the world. If anyone does a serious critique on American media specifically, they would ultimately come to the same conclusion that I have…that the Television was the most sophisticated, most cunning, and most brilliant instrument of mind control ever to be created on planet Earth.

This brings us to our latest debacle….

Last night, and I have no idea why, I just so happened to (accidentally) hit the play button on the new Nicki Minaj video/single “Lookin Ass Nigga”…the latest single from the Young Money Camp (the last video I wrote about was Lil Wayne’s “Love Me” video). As a music video director (who has probably already been blackballed from the industry!), I often peruse video sites and watch music videos, although I rarely ever watch them all the way through, simply as an effort to study the “competition.” I am neither blind nor a stranger to the blatant masonic themes and energies injected into these videos, although their shock value has ceased to be existent to me at this point. I have since abandoned my studies of the so-called Illuminati in efforts to learn my African history and have since discovered that these people are simply imitators and thieves of our original ancient Mystery School Systems and ancient knowledge. That’s another discussion.

Lets get back to Nicki….

I must say that there is not much to expect from a Black woman with blonde hair, a European mind (and accent to boot), who seems to want to epitomize the very definition of the “black woman lost” parading herself to the world as some kind of modern day whore of Babylon (think Maria from the movie Metropolis). She has an interesting voice I will give her that. So it goes without saying that after watching the video where she puts into hyper-drive her attack, insulting, and destruction of the Black male image by constantly invoking her slave masters and enslavers in her constant repetition of the derogatory word “nigga” I was not at all surprised. Nicki has made a career out of this. What did appall me was when today I saw the cover art for the single (God bless her heart) depicting the infamous photo of the great Malcolm X, looking out of the window with an AK-47, as a “looking as nigga.” And this is where we are at in 2014 black people….

We still hate ourselves.

Now, I cannot attack Nicki anymore than I can blame the slave for his slave mentality. I am smart enough to know that this was not her “inception” and that there are some very powerful people behind her with an agenda to keep Blacks in America asleep and in a state of perpetual negativity (see BET). I will also assume that she is using her sexuality and objectifying herself for sales, in an attempt to compensate for her lack of intellectual capacity. I don’t blame her. The thing that concerns me as a Black man is seeing the droves of Black women who come rushing to her defense, validating and sanctioning her outright and blatant disrespect of Malcolm X, one of our greatest leaders and a man who paid for Black liberation with his very life. I think that if Nick knew one iota of Black history, she would have never dreamed of carrying this out….let alone during Black History month. Again, Nicki is merely a puppet of a very sinister agenda. There is something deeper we need to examine here….and the closest word I can use to describe it is schizophrenia. American schizophrenia…..

Schizophrenia is defined as a mental disorder which renders the person unable to tell real from unreal, have normal emotional responses, and unable to act normally in social situations.

Lets put this into perspective:

People who classify themselves as “white” (Europeans) make up about 10% of the total world population, which means that the remaining 90% of the world is made up of people of “color.” However, it is painstakingly clear that Europe controls over 80% of the world’s total resources, and in effect controls the majority 90% population people of color. One may ask how 1/10 of the people can control 9/10 of the people? Dr. Frances Cress Welsing explains it brilliantly by saying that “once you teach a people to hate themselves, they will engage in their own destruction.” Dr. Welsing also describes with process of the genocide of the Black male throughout the world, especially here in America, due to the fact that the Black man poses the greatest threat to global white supremacy, more specifically, he poses the ultimate threat of white genetic annihilation. She further explains how this threat of genetic annihilation was the reason behind the attacks on the Black male penis, through castration, during slavery as the realization of this fear. There has been no historical evidence of attacks on the white male penis by the Black man.

“Once you teach a people to hate themselves, they will engage in their own destruction.”

For all intents and purposes, Nicki Minaj has proven herself to be a European woman “trapped” in (light) Black skin. This latest episode reminds me of the Russell Simmons/Harriet Tubman fiasco where he produced a skit depicting Harriet Tubman having sex with her white slave master, and this relationship being the impetus of the underground railroad. I know Russell in his heart saw nothing wrong with that, although he did issue an official apology. My question is when did it become so cool to disrespect our ancestors? At what point did Blacks become so Europeanized that we take on the attitudes and ideologies of our oppressors, and began to hate ourselves. I do not see this in the Civil Rights movement. I saw Black pride, Black power (although there was a significant lack thereof), and a strong Black consciousness in the Civil Rights movement. How and when did we lose this and why does no one seem to care?

“Something has happened to us that we pay little attention to, and we are forever knocking at the door of other people, borrowing cultures, borrowing ways of life inferior to the ones we lost.”

Dr. John Henrik Clarke tells us that before the foreigners entered into Africa, there was no word for jail because nobody had ever gone to one. No world for orphanage because no one had abandoned their child. No divorce, no rape, no teenage pregnancy in Africa before the foreigner. What has happened to us? Dr. Clarke describes the process of how the African was removed from his natural cultural incubator in Africa, and placed into a second cultural incubator, in America, taking on traits alien to us, and losing the values of the original incubator. He explains that “Something has happened to us that we pay little attention to….and we are forever knocking at the door of other people, borrowing cultures, borrowing ways of life inferior to the ones we lost.” I will maintain that little energy should be dissipated on Nicki Minaj, for she is only a symptom of a deep rooted psychological condition of Black America, inherited directly from our so-called “American” enslavers themselves. Willie Lynch described his method of reversing the roles of Black men and women, by turning the light-skinned against the dark-skinned, turning the old against the young, as lasting for at least 100 years. That was in 1712.

In 2014 Black people need to do more than just “get it together”…..we need a major, major reform. We need to be able to look in the mirror and love ourselves and we need to stop following other people who have no idea where they are going. We need to stop engaging in this self-hatred and know that civilization started with us, that humanity started with us, that we have civilized the world three times over and that the world owes a great debt to the African. We need to stop condoning the blatant disrespect of our ancestors and celebrating those who with every opportunity take part in the destruction of African people. We need to actually take the time out to learn our history beyond Jackie Robinson and slavery, because our story goes back millions of years, back to Africa the “birthplace of humanity.” We need to stop letting people define who we are and realize who he have been, and still are. We need to end this Black American schizophrenia and get back to the basics of nation building. We need to give the world its humanity once again.

The Gatlin – What They Used To Be 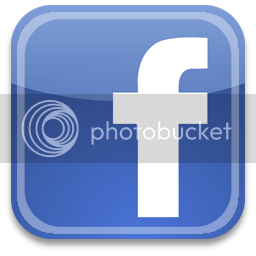