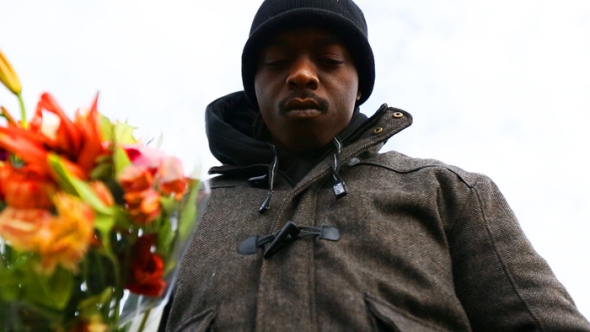 Back in August we released our first collaborative video for Sacramento emcee The Gatlin, entitled Victorian Muzik, which followed Gatlin through an awakening process from the street life to attaining enlightenment. The video attempted to shed light on the drug game as a government set-up and followed Gatlin through his becoming aware of the trap. We now come to the second installment of the video series with the video for Gusto, which takes us back to the events that take place before Victorian Muzik and acts as the impetus of this self-awakening. In this new video, a prequel if you will, we Gatlin caught in the paradigm of risk vs. reward  and the rules of the streets….and almost loosing his life as a result. 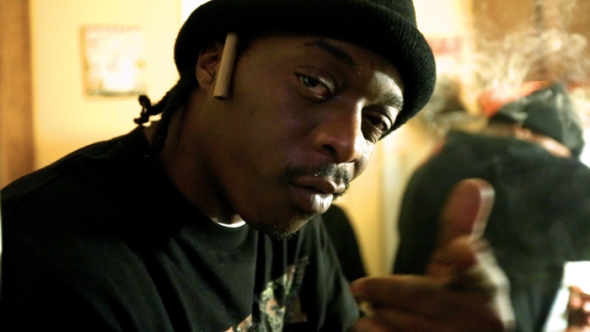 The video begins with a drug deal gone bad and then explores the events that led up to Gatlin’s near untimely death. The video paints a realistic portrayal of the pitfalls of the street life alluding to the fact that although the reward may be great, in the end the risks one takes with his/her life is not worth that reward. Gatlin learns this the hard way, although he ultimately survives death and is able to live to tell the story. Gusto in no way tries to glorify the street life, rather tells of the reality of its dangers which often lead to incarceration or certain death. The video co-stars many of Sacramento’s noteworthy emcees who join Gatlin in bring this street tale to life. Watch and enjoy.

This entry was posted on April 11, 2013 by Admin. It was filed under Video and was tagged with amadeuz, Christ, directed, Gatlin, Gusto, sacramento, video.