First off let me say this….Locksmith is a genius. I have been very blessed early in my career to be able to work with artists who are serious about their craft, the quality of their music, and the presentation of their visuals and image. Locksmith is definitely one of those artists. We had discussed a similar concept in the past, for the song “Gone Tomorrow” off  his previous project, Labyrinth, although due to scheduling conflicts we were unable to shoot it. I’m glad we made up for it with “Be Free.” Produced by Kashif of 9th Wonder’s Soul Council, the song immediately grabbed me upon hearing it the first time and I knew we would have to do something special visually with this one. We tossed around a couple ideas and a draft or two of the script before we settled on the final concept of having the lead actress, played by the beautiful and talented Alejandra Cruz, on the Golden Gate bridge…I think about two days before we were scheduled to shoot. I’m glad we decided on that because it came out crazy.

This was the first video we shot with the Canon 5D mark III and I won’t be using another camera, besides maybe the Blackmagic Cinema Camera, for a while. The picture quality is absolutely amazing. Even though it was raining with very minimal sunlight, the high ISO capability if the Mark III worked amazingly well under the conditions and made for a beautiful picture. The camera was even able to capture the rain drops which added a nice natural effect the the video, making it worth shooting in the rain although poor Alejandra almost went into hypothermic shock from the freezing cold. Hats off to her because she pulled it off very convincingly. I’ve been very excited about this video, not just because of the look and feel of it, but because it is very rare that hip hop videos depict story-telling in such a creative way, and more so without using a super voluptuous video vixen playing the lead. Everything with this video came together quite well…and while I was a little skeptical at first with the idea of using the same shot in the hotel room for Locksmith’s performance, his vision and insistence paid off. Glad to have been a part of this. Enjoy.

When Final Cut Pro X was announced by Apple back in June of 2012 I was ecstatic. As an avid (no pun intended) Final Cut Pro Studio user who had grown a complicated love/hate relationship with the render bar, coupled with the fact that Final Cut Pro 7 only utilized 4GB RAM max. With FCPX I was very much wooed by the thought of not having to render along with the idea of my projects being edited that much faster. The new design, the organization of shots/footage, and the ability to utilize more than 4GB Ram had me to the point where I was unable to sleep for months thinking about this new Final Cut Pro X (ok a little exaggerated). I felt my life was soon about to change.

Then Final Cut Pro X was released. I remember that day logging onto the Apple App store for the first time ever, ready and willing to cough up $300 of my hard-earned cash for this new software and not thinking twice about it. I just happened to start reading the reviews on it before hitting the purchase button…I was crushed.

No backwards compatibility. No XML support. A “magnetic timeline” that feels like it was made for dummies and beginning editors. But worse of all……NO APPLE COLOR COMPATIBILITY!!!!!!! WHAT????

Needless to say, apart from taking the time to re-learn a new editing software in the midst of trying to finish a gazillion video projects, the new Final Cut Pro X suddenly did not interest me at all as I just didn’t see the benefit of making the change to the new software anytime soon…mostly because I create 50% of my “look” inside of Apple Color.  So I decided to wait it out and keep using Final Cut Pro 7 until all of the may lay had been figured out and resolved. Although support for FCP7 would soon come to a halt, I would take my chances and keep editing on it until the day where I was forced to make the change.

Up until about a month ago I had shot all of my film projects on the Canon T2i, a camera that I have been very pleased with. I would always watch videos comparing the T2i and 5D Mark II and showing nearly similar results for video, under the right lighting conditions of course. A client of mine wanted his new video shot on the Canon 5D so I decided to rent one and try it out to see exactly how comparable the two were. Although I had shot on the 5D Mark II before and couldn’t really notice any remarkable difference in quality compared to the T2i, I must say that with the Mark III I was blown away. The full frame, easy controls and video settings (minus Magic Lantern) and the picture quality spoiled me to the point where I no longer wanted to even look at my T2i. This was the upgrade I needed….little did I know of the hell that was about to unfold…..

After shooting the video with the Mark III, and completely wowing my client, I got home and tried to import the footage into Final Cut Pro 7 via the E1 plug in within Log & Transfer. I got an error message about the file structure which is typical if the .thm files are missing…mine were not. After some online research I found this to be a common problem, and was reassured that my problems would be solved by downloading Canon’s new E1 plug in V1.4 for the Mark III, and would hence be able to use L&T to upload. Again…no luck. Same error message. Is this for real? I tried to not let the frustration get to me…it was enough that I had only five days to edit this video and had not even figured out how to transcode the footage yet….little did I know so would begin my spiraling into transcoding hell.

I tried using Compressor to transcode the footage. It crashed. I tried using Quicktime 7. It crashed. I did some more research online and came across a promising software that would convert the footage from H.261 to Apple ProRes 422 for me called 5DtoRGB. They had two versions on the Apple App store, the lite version that would transcode one file at a time (really?) and a batch version for $50 that would process multiple files at once. I bought the batch version and gave it a go. Out of the first four efforts, it got stuck four times, forcing me to do a hard shutdown of my computer because my external HD would no longer respond. I emailed Apple and they have since refunded my $50 back, although I am still without a transcoding solution. Should it really be this hard?

After months of ignoring FCPX, I finally came to the conclusion that I would have to learn and use the new version of Final Cut Pro after reading online that FCPX could transcode my media from the Mark III natively. If I had to use the new software then so be it. The time clock for editing this video was steadily ticking away so I re-activated my Lynda account and commenced to watching the Essential Training videos for Final Cut Pro X. After about 4-5 hours or so I was finally ready. I begin trying to import my Mark III files and all looks good. Then out of nowhere I get an error message…..NO!!!!!!!!!!!

What????? Are you kidding me??? Import failed. I tried and tried again…no luck. I finally discover that although this message pops up, the media is still importing so I get a little hopeful. All I have to do is stay in front of my system for four hours and hit the ok button every time the import failed window pops up to resume the “failed” import. When it was finished I checked the events folder under transcoded media and all of my files “appeared” to be transcoded.

I attempted to start my edit within FCPX right away but noticed a strange lag in the software…not the usual lag that is forgivable due to CPU constraints, but a lag of about 3-4 seconds for every single move and click of the mouse! Final Cut Pro X was unusable! I tried rebooting…same thing. I’m now about ready to quit when I get a bright idea….I’ll import the files from the transcoded media files into Final Cut Pro 7 and edit like I normally do…and it worked!!!!

The video was completed, with a couple nights of no sleep, and all was well. My workflow had been fixed. Or so I thought.

When looking at my transcoded media files again I noticed something very strange….NOT ALL OF MY FILES HAD BEEN TRANSCODED!!!! On top of this, FCPX was making copies of the original media even though I unchecked the box that says to do so. WHAT GIVES????? I now had unneeded duplicate copies of my files and missing transcoded files.

In moving to a new video project, I tried using FCPX again to transcode…same error messages, same duplicating of original media, same missing transcoded files. Is this a joke? Apple? Canon? I am now without a solid means of transcoding my media other than doing it file by file in 5DtoRGB lite. To add insult to injury, my E1 plug in inside FCP7 no longer works correctly, I’m assuming due to the V1.4 upgrade (LOL!!!!) so my Log & Transfer is now totally useless in FCP7.

I have always been a happy Final Cut Pro user, and while everyone started to jump ship to Adobe,  I decided to stay on the sinking ship. Now the hypothermia is starting to take effect and I have no life raft to grasp onto to save my sinking editing workflow and therefore productivity.

Somebody throw me a line here……I’m desperate. I don’t think an editor should have to go through all of these hoops and hurdles just to import footage into an editing system. Maybe I’m wrong….maybe Adobe has this all figured out. I’ll go see….

Thanks Apple. Thanks a lot. 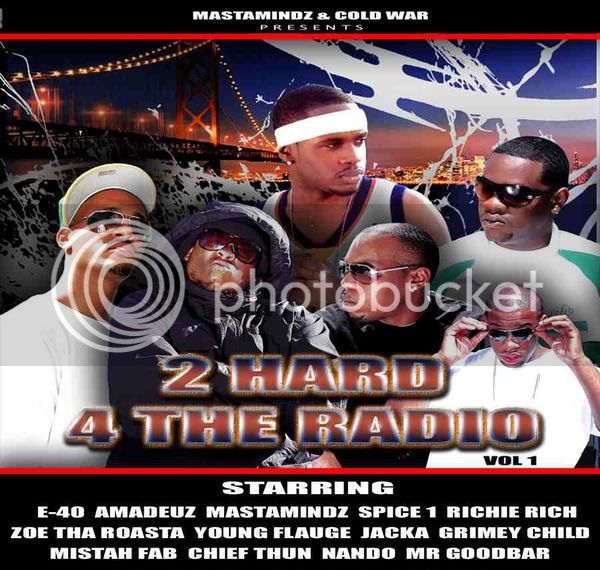